How can I fix my sync/encrypt?

Long story short, I have a setup like this
OSX desktop app and terminal app, iphone app and Droid app ( rarely use).

The setup goes between a NextCloud and has encryption setup. I had this setup working for a month or so. And been gradually clearing out other note apps simplenotes, apple notes.

Recently I did some editing of my folders ( on the desktop app) and when I went to sync to my iphone it told me this message ( Press to set the decryption password ) , ok so I re-entered my encryption password ( the same one used on desktop ) and nothing happened.

I’ve then research some more and noticed that some of my notes can be read plain text on Nextcloud, So encryption is not really working. Oddly nor did the folder sync the chances I made properly, they are showing Encrypted and the iOS app doesnt seem to accept my decryption password ? Am I missing something here ?

Here are some images to explain better my current situation.


[Album] Issues with joplin and encryption. 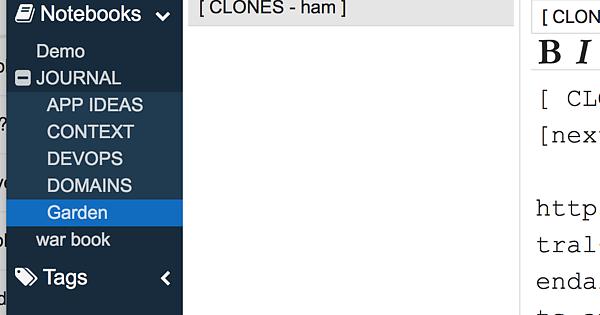 Any suggestion on what to do next would be great :), so far I made a backup and reentered my encryption password a few times on an iphone which is quite difficult in comparison to using a real keyboard. And now I am at a loss of what to do next.

Does it show the tick when you enter the e2ee password? And can you confirm that e2ee is enabled on all your devices?