I am using Joplin 12.8.1 on two iOS devices, an iPhone SE 3d generation and an M1 iPad, syncing to Dropbox. Both devices are new, and I am unable to sync my notes onto either one. In both cases, the sync runs for hours (sitting on the desk, screen on and Joplin in foreground), but when it "completes," I have some of my notes, but no notebooks. If I sync again, it runs for hours, completes, and I'm in the same situation.

This happened on the new iPhone a few months ago (see Neverending iOS sync on new device) and I gave up since I could use Joplin on the iPad. But I got a new iPad and now I have no mobile Joplin at all.

I've thought about backing up everything, deleting the Dropbox folder, and then importing my backups and starting over, but I'm afraid that might leave me with no working sync at all. Is there any way to figure out what's happening? I can't do without mobile notes, but I really don't want to switch away from Joplin. 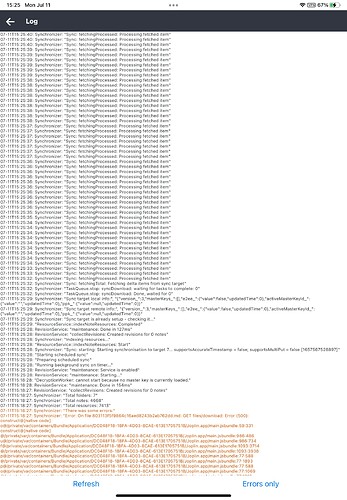 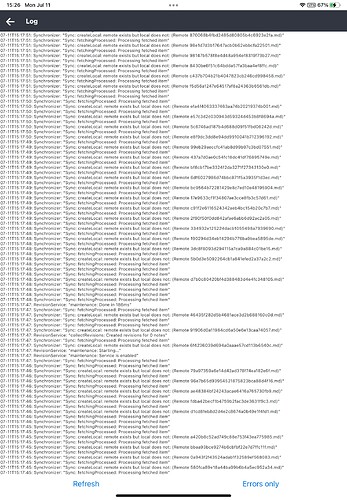 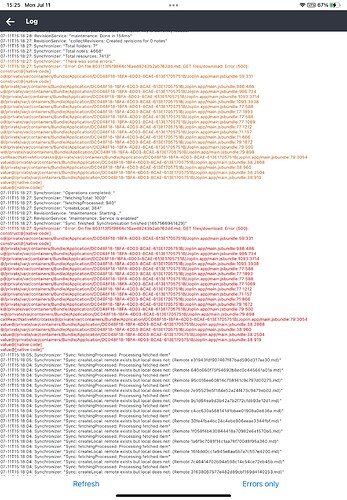 @laurent Is there any more information, or anything I can do, to get some help with this? I cannot even start from scratch since there isn’t a way to import content into Joplin on iOS. I’m a paid supporter and a Cloud subscriber and I really want to keep using Joplin, but I can’t do without any notes on my mobile devices. Thanks.

I really don't want to be that guy, but the problem here is Dropbox, not Joplin. You could/should use a more reliable syncing method.

I am quite new to Joplin but use it on my iPhone 8, iPad and various desktops (linux and Win10). My setup is to sync via my own NextCloud instance and it syncs without any problems. Just like ibenny says, the issue probably lies in Dropbox

That seemed like a really good point, so I tried with Joplin Cloud, which I use for my work notes. Sync on the Mac ran for 18+ hours, reports complete, and the app shows no notebooks, no tags, no notes. Sync status says it's brought down 0 notes but 16457 tags (I have maybe a hundred). I don't know how to get any response/attention -- should I post a bug report instead?

Anyway I appreciate the suggestion. 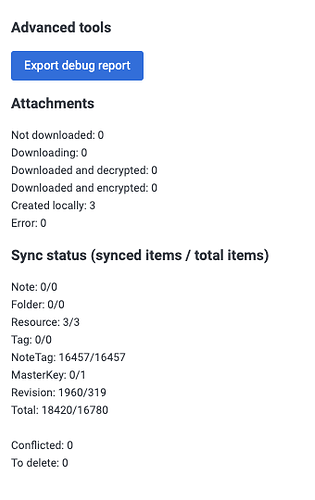 This definitely seems fishy (and don't get me wrong, not on Joplin Cloud's side). What I would do at this point:

Thanks, it might have been the plugins, although the other thing I did was to cancel my Joplin Cloud account and open a new one (since there's no way to completely clear out the sync target). Initial sync after that took about an hour and other clients are synchronizing cleanly.