Please explain what it wants

i just installed in fedora and i connected it to pcloud via webdav.
i haven't yet started using the program but there's a warning bar and i clicked it and set some password and the bar won't go away, you see I've set password, closed, the notification bar is still there so i tried setting password again and closing. whats up? 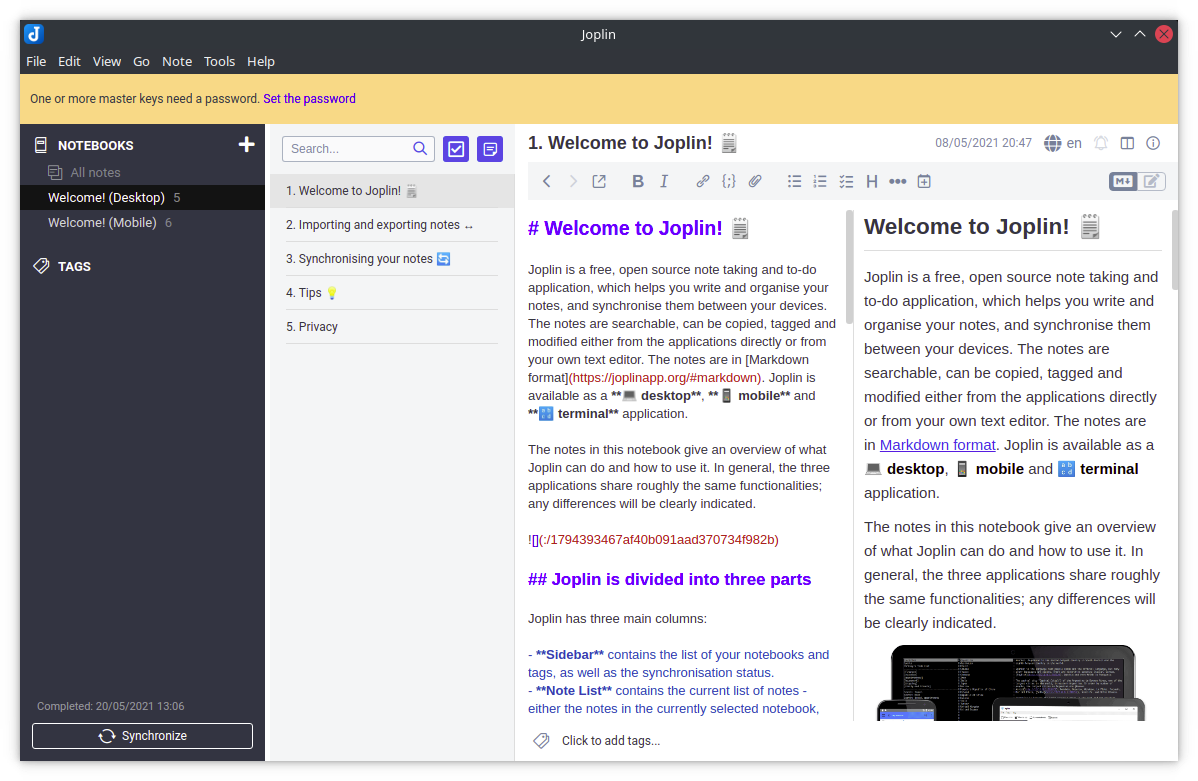 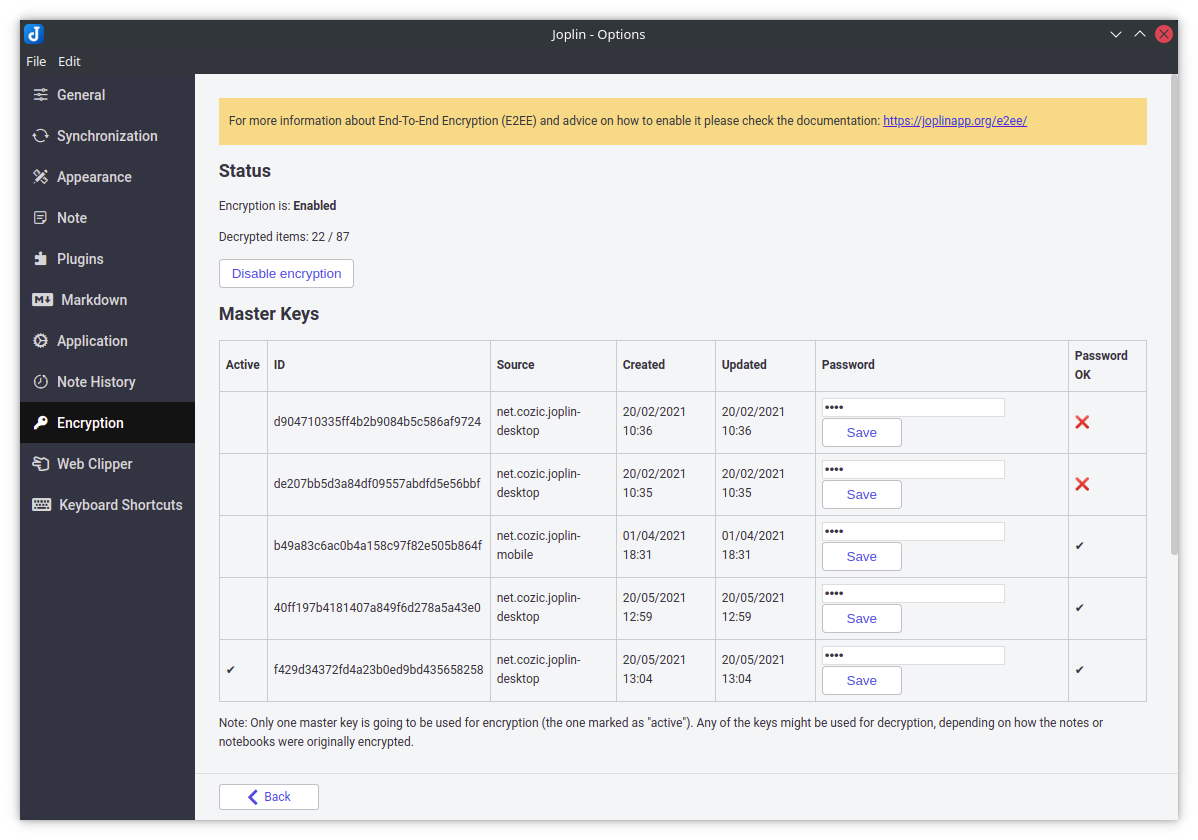 Have you used (tried) Joplin before?

The message on the first screenshot says, that some of your master key passwords are needed and on the second screenshot you can see, that two passwords are wrong. The two ones created on the 20/02/2021.

So what happened here? I am not sure. I think that you tried Joplin some time ago, you enabled encryption and synced with pCloud. Now you installed Joplin again and these old master keys are still saved in the cloud so you receive the password message.

i had joplin on my old linux mint, connected it through webdav and exported from evernote and imported.
when i installed joplin on fedora now and synced web dav it started downloading but never decrypted any of the notes. so i just deleted the ones marked encrypted or whatever term it used, because i can just export / import again.

but now I'm just confused. any clue why it never decrypted in the first place second time i installed joplin? I'm kinda nervous now of using it, or at least using it with encryption. sorry for late answer.

That you installed Joplin on Mint and later on Fedora explains the situation.

It never decrypted the old notes from your Mint machine, because the password was/is wrong. If you look at the second picture you posted, you can see that the password for the first two Master Keys (the X on the right side) is incorrect. That is why the old notes were not decrypted.

Easiest solution is to use the correct password. If there is no note encrypted with these Master Keys you can just ignore it as well.
You can also delete the Joplin directory on you local machine and on Pcloud, to get rid of the old Master Keys. (Just be sure that you reset ever Joplin Installation you have, otherwise the old Master Keys will be synced again)

I'll do a total reset then, because i still have 6 months left of my paid evernote subscription i am testing out joplin for eventual migration at the end of the year as i prefer FOSS.

it seems it will be a complete pain to migrate everything so I'll start slowly since it doesn't seem to respect nested notebooks within notebook and so, maybe i did something wrong last time i tried export/import.

I have never you Evernote before but there are some reports in the forum. Perhaps you can check them out.

And perhaps it’s easier not to use encryption while trying out the imports. You can always activate it later.