There are not many tools to migrate from Apple Notes and the migration itself is rarely discussed. Turns out there's an exporter able to do it.

‎Exporter on the Mac App Store

Also, I noticed there's another similar but somewhat abandoned open source exporter. Unfortunately, I don't have any Apple device, so I cannot test if it still works. So, if someone could help me out, that would be great. 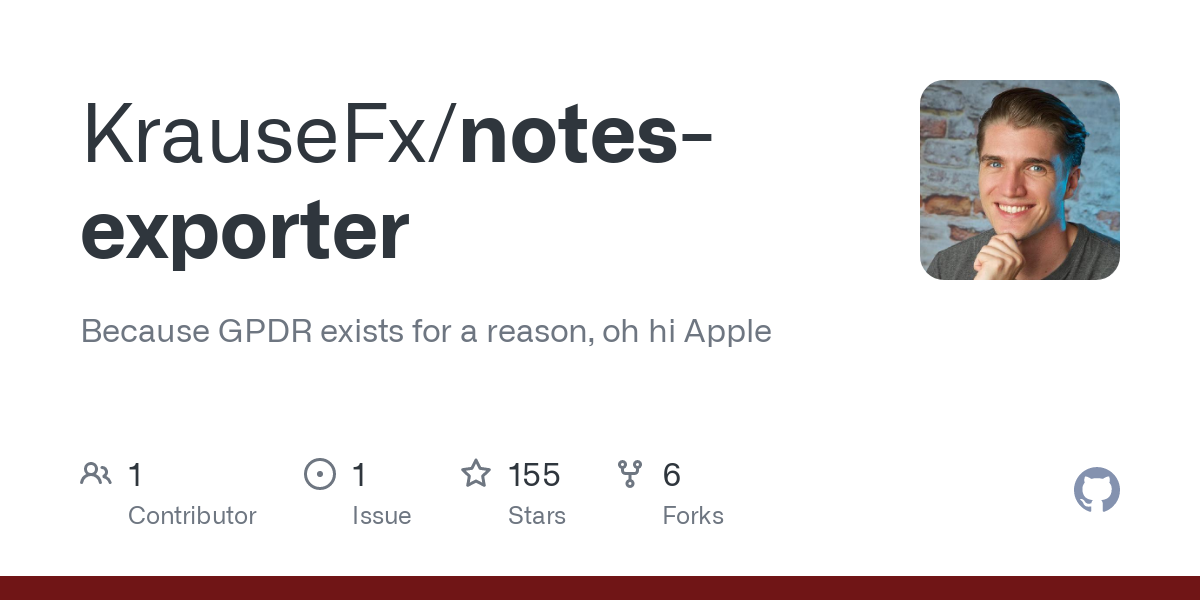 Because GPDR exists for a reason, oh hi Apple. Contribute to KrauseFx/notes-exporter development by creating an account on GitHub.

Another, recent but less documented exporter 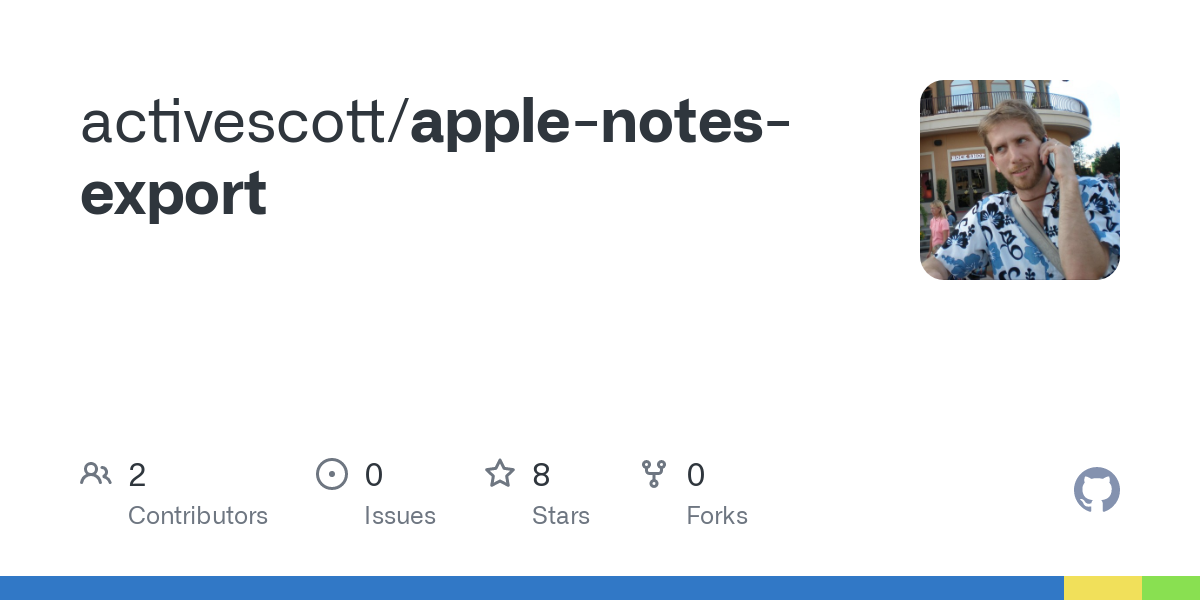 Contribute to activescott/apple-notes-export development by creating an account on GitHub.

UPD: I got my hands on an apple device and in the end couldn't find the export option from Apple ID suggested by the following comment

A random comment (credit to Adam Shand) claiming that now notes can be exported directly from Apple ID. Is it true? can anyone confirm this?

I'm trying to figure out how to get Notes off my Mac and into an open source, Linux (probably Markdown) based solution.
If anyone else stumbles across this page looking for a solution you can now download all your notes, and all their attachments, directly from: https://appleid.apple.com/

Personally I would be in favour of removing specific details from the readme altogether (with just a generic line saying that if the app can export to a markdown directory or enex then it can be imported with no issues) then for specific notebook formats it should link to a forum wiki post that can be as detailed as it wants for each category rather than the concise instructions to avoid making the readme unwieldy.

From the perspective of tidiness, I agree 100% yet I worry about search engine optimizations and how people are going to discover that Joplin actually supports migration from X app.

That stems from me being not sure if search engines could attribute guide of a migration to the joplinapp.org if it's hosted on discourse.joplinapp.org. Although, if they could, that's would be neat.

I recently discovered, that on a mobile device (iPad, iPhone) you can convert apple notes into rich text easy on the device itself. You can then export the files as you are used to on iOS:

Simply open the notes and files app side by side on the iPad and select all to be copied (2 fingers) with dragndrop into the desired directory - voila .rtfd saved. You can use the share button to export the new rich text files.