Just wondering: Apparently NextCloud (ownCloud) synch uses WebDAV. Is there anything specific to NextCloud synch as opposed to the WevDAV synch method?

If you miss it, the doc just explains, in the chapter “Nextcloud synchronisation” how sync works.

@foxmask I think the OP was talking about what the diffeences are internally between WebDAV and Nextcloud sync. I asked myself the same questions, since Nextcloud also uses WebDAV.

e.g. I can also use the WebDAV sync method to sync with Nextcloud, so why’s there a separate sync target?

That was exactly my point.
BTW I use the NextCloud sync method to sync with ownCloud. 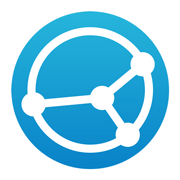 Nextcloud always fascinated but it just never really worked in its entirety. Webdav is slow and requires re-syncing entire files every time a change occurs. The Nextcloud sync client on all platforms has issue after issue with syncing and don’t...

For “Nextcloud” target in Joplin, I would at least expect that entering host name, user name and password allows the user to choose the sync destination folder in GUI (without entering the full path).

Either this, or remove the NextCloud stuff and replace with a message “for NextCloud, use WebDAV.”
As it is now, it is confusing.

@sciurius : You can submit a proposal of modification of the doc if you want. go on github and change the doc and submit a pull request. contributions are welcomed:)

Sure! But before proposing doc changes I would like to be certain that my perception is right. I haven’t heard from anyone yet that the NextCloud choice is, indeed, identical to the WebDAV alternative.

Yea, I think this is a question for @laurent

Yes at the moment NextCloud and WebDAV are the same. There’s a separate entry for NextCloud because it’s the main open source file sharing service, and that way it might be possible to create things specifically for it - for example support for 2-auth login, support for file history, etc.

it might be possible to create things specifically for it

For “Nextcloud” target in Joplin, I would at least expect that entering host name, user name and password allows the user to choose the sync destination folder in GUI (without entering the full path).

to resurrect an old thread, sorry. but is this still the same that WebDAV and NextCloud are essentially the same or have there been changes to the NextCloud sync method that improve over the standard WebDAV?