Many changes in this new release, available on mobile, desktop and CLI:

This new feature adds a number of changes to the way notes are sorted. The most visible one is the addition of a sort button above the note list - it allows sorting by modification date, creation date, title or by custom order, in either ascending or descending order:

By default, this sort order is going to apply to all notebooks, however you can now also assign a per-notebook sort order. In this case, any sort order will be apply to that notebook only. To enable this behaviour, simply right-click on a notebook and select "Toggle own sort order":

Thanks to Kenichi Kobayashi for developing this feature!

It is now possible to associate icons with notebooks no both the desktop and mobile applications. To do so, right-click on a notebook and selected "Edit".

This will open the new notebook dialog from which can change the title and assign an icon. For now the icons are emojis but perhaps custom icons could be supported later on.

Thanks to the encryption improvements in the previous Joplin versions it is now possible to share and collaborated on encrypted notebooks, when synchronising with Joplin Cloud (or Joplin Server).

Synchronisation is also a bit faster in this release due to an optimisation on the startup process. When syncing, the app needs to acquire a lock, which may be time consuming since it requires making multiple requests. This has now been optimised so that less requests are necessary and also each request consumes less resources. This will have a postive impact on Joplin Cloud in particular, but you should also see improvements with Joplin Server and smaller improvements with the other sync targets.

Kenichi Kobayashi made some great improvements to the Markdown editor scrolling in this release. The issue before was that the editor on the left and the viewer on the right would often not be in sync, in particular if the note contains several images and other media.

With Kenichi's change the editor and viewer stay nicely in sync, regardless of the note content. In fact it looks a bit like magic when you scroll through large notes - notice in particular how each side appear to wait for the other or speed up in order to make sure both sides are aligned as well possible. Kenichi provides a nice technical documentation about the feature here. 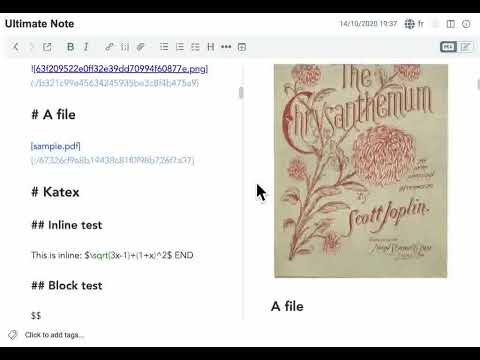 Thanks to the efforts of Lee Matos, synchronisation with S3 is now more reliable and errors are also better handled. The underlying S3 SDK has also been upgraded from v2 to v3 which results in a smaller executable size (about 3-5 MB depending on the operating system)

Exporting a single note as HTML is now more user friendly as all images, scripts, styles and other attachments are all packed into a single HTML file (Previously it would create multiples files and directories). This makes it easier to share the complete note with someone who doesn't have Joplin.

Other changes and bug fixes

This release includes a total of 19 new features and improvements and 16 bug fixes. See the 2.6.x changelog for more details:

the links at the bottom don't work

Thanks to everyone who worked on the whole update.

the links at the bottom don't work

They do now. For some reason it takes a little bit of time for them to update.

Is the sync scroll a little snappy for anyone when scroll in editor panel when you have image or embedded search (few lines rendered to big segment). Or is this expected behavior? MacOS btw.

Are you using rich markdown? I'm sure there was a discussion on one of the issues or PRs about how the new sync scroll might be clashing with some code required for the inline image rendering so it might be true for other plugins as well.

No I didn't use Rich Markdown. It just a little snappy if I scroll fast and especially snappy when it at the end of the note and the last element is block (image, embedded search,...)

Oh I see what you mean, I put a largish image in and within one scrollwheel click (on the editor side) it goes from covering 50% of the bottom of the note to 50% of the top of the note.

@laurent, thanks for the continued updates and amazing capability!!

I'm puzzled as to what the use case for this is please, as this now increases my storage space for the exact same attachment that I'm referencing across multiple notes?

As far as I understand it refers to note duplicates. But it shouldn't create copies of resources if you just reference an attachment across multiple notes (?)

Maybe I would be a minority in this question, but I actually prefer duplicate of resource on note duplication. This feature allows to separate duplicates, making a way for using attachments in templates.

Before the feature introduction if you had used a template with attachment (pasted a note from template) and then changed this attachment in the pasted note, it would had altered the template attachment as well. Now when resources are duplicated, you can alter the original attachment independently from duplicates.

What worries me is that the filenames of those duplicated resources are exactly the same, which restricts tracking the future duplicated attachment. This leaves only resource ID to tell apart duplicate from original and subsequently you have to rely on said resource ID, even though you can't know the new resource ID before the duplication process.

Subsequently, you can't write rules of resources replacement before they are created. Hence, not knowing identifier of resource ahead of time restricts the ability to code template-based attachment processing scripts (which is a pity).

In general we want to avoid having the same resource in multiple notes, because it causes all kind of problems, like those mentioned by graphit0. It's also a problem when sharing notebooks between users.

Did you often copy the same resource to multiple notes? You can still do that if needed by copying the Markdown text from one note to another, although I agree it's less convenient.

A little note here about my own speculation about templates and attachments. Apparently, I jumped the gun and over-assumed that template plugin would use the duplication process to past notes from template. When, in fact, it does not.

Thanks a lot! I was suffering from that lag when scrolling through a note with a lot of images and it was slowing down (actually I opened a post) and this has been resolved !!!!

The icons seem great to me, I really missed it, I liked this feature.

I installed in on Windows 10 x64. It looks like Joplin does not have any tray icon anymore. This was working fine in the previous version, I believe I was using 2.6.2 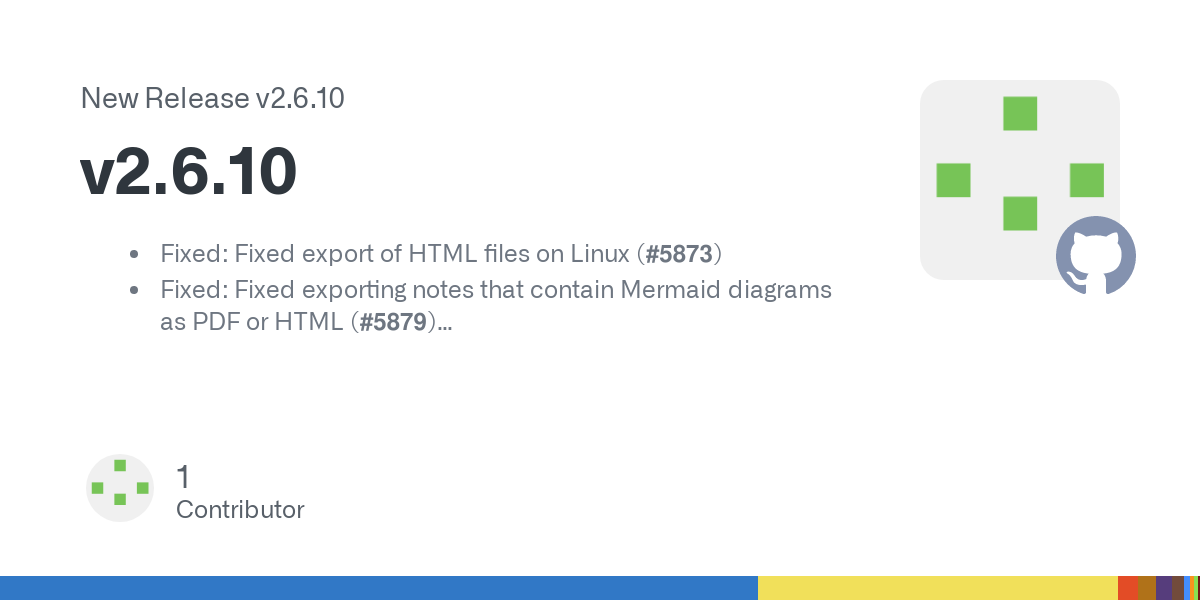 Any objections if I work on a boolean/checkbox for the main app to let users skip creating duplicate resources on note duplication, however allows for duplication when sharing notes, which seems to be one of the main reasons per Folder.updateResourceShareIds from a scan of the comments?

public static async updateResourceShareIds(resourceService: ResourceService) {
// Updating the share_id property of the resources is complex because:
//
// The resource association to the note is done indirectly via the
// ResourceService
//
// And a given resource can appear inside multiple notes. However, for
// sharing we make the assumption that a resource can be part of only
// one share (one-to-one relationship because "share_id" is part of the
// "resources" table), which is usually the case. By copying and pasting
// note content from one note to another it's however possible to have
// the same resource in multiple shares (or in a non-shared and a shared
// folder).
//
// So in this function we take this into account - if a shared resource
// is part of multiple notes, we duplicate that resource so that each
// note has its own instance. When such duplication happens, we need to
// resume the process from the start (thus the loop) so that we deal
// with the right note/resource associations.

I would certainly love to see that, but let's wait for Laurent's input whether he'd accept such a PR.

Clicking the search button while in Windows 11 does not work. Using the f6 button works. Please fix this.

Clicking the button has never done anything. I think you just need to expand the note list to view the search text field.