I am happy to announce that Lucid Markdown Keyboard is in good stable state and is released in Apple App store. It mainly targets iPhone/iPad users with goal to assist markdown typing in basic text fields, such as Joplin App and web forms.

It now has basic markdown shortcuts easily available on top row, plus some convenience functions like auto-formating/indenting lists and insert date/time. I am eager to get some feedback on what's features would be most important to mobile phone users. I am thinking: 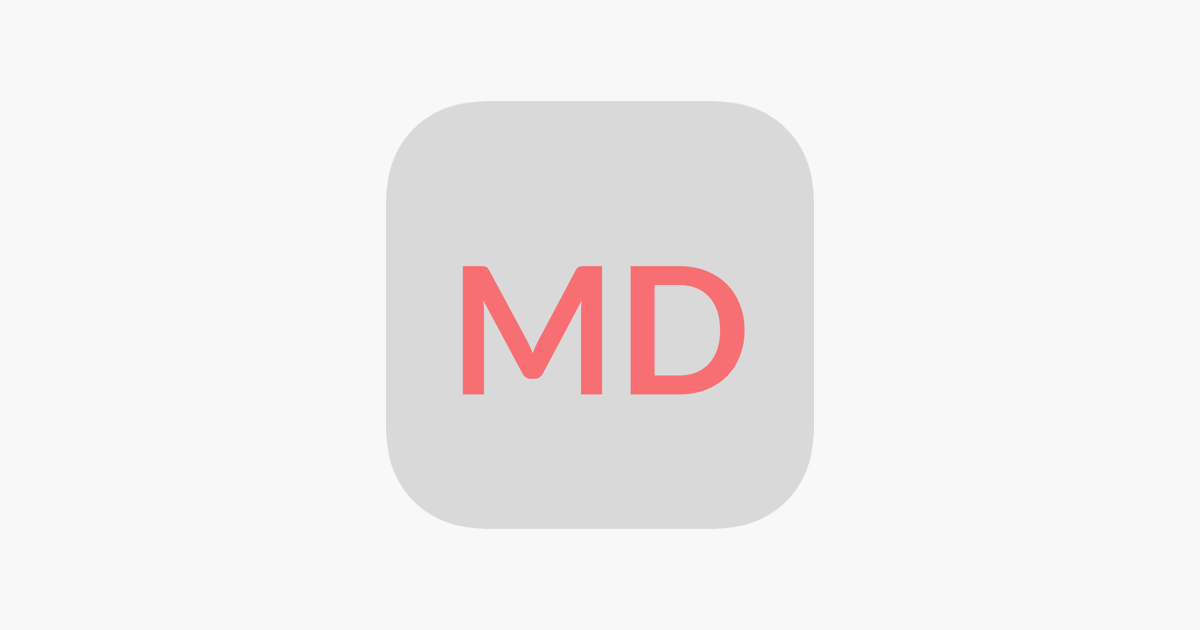 ‎Lucid Markdown Keyboard is a keyboard optimized for writing markdown day in and day out. It auto-formats and auto-indent your lists. it corrects your spelling mistakes. It let you insert table with a spreadsheet interface. It provides shortcut...

I have posted about iOS markdown keyboards elsewhere. I really like how those simply are on top of my normal keyboard as I am used to my normal keyboard to write fast on mobile. I am sorry, but with another setup it won't really be useful for myself. Still, I gave your keyboard a chance. The markdown part works as quick as I'd expect it to be. However, on my small Iphone Se the buttons are smaller than the normal keyboard buttons (too small) and there is a gray layer behind which is double the height and takes too much space on a small phone (probably to display messages). Only in playing around for a few minutes I have to admit I got trapped on certain functions or your premium banner did not disappear anymore. It's more expensive than other markdown keyboards, could you elaborate what makes it better than those? One of the features I'd consider the most important to me is a button to insert images or one to open the camera. I think your keyboard lacks this feature, though I am not aware whether this can be properly used together with Joplin as it would require to add it as attachment. Other features I could think of are changing order of buttons and the ability to disable certain ones as for example I can't make much use of adding a table with a spreadsheet interface on a tiny screen. I usually don't take too many complicated notes on mobile, so for me I would only need a few favorites and that's it. Maybe I have missed something and parts of this would already be available?
I guess it would have to come from inside the app itself to only show a markdown keyboard without the english keyboard? With the autocorrection off I'd probably give this keyboard a longer try, but as I am not always taking notes in english the non premium version is kinda unusable to me. I'll keep an eye on this keyboard for the future. I think for now I will uninstall it again and most likely I'll wait for a later day for an integration of a few buttons directly in Joplin itself.

Thanks for trying it out. Unfortunately Apple does not allow developer to make modification on top of the native keyboards. To have a keyboard with markdown function, one has to re-implement the functions native keyboards have, such as key layout and auto-correction. That's the reason I have only implemented an English one.

Inserting image is an interesting one. I have to look but my guess is it is not possible given the restricted way Apple allows the third-party keyboard to operate.

So it does need autocorrection and autocompletion to function? I would have assumed only autocompletion.
I totally understand the preference for the keyboard. I guess in Europe the two other most common layouts would be an AZERTY or QWERTZ (the common among the many would be the y and z exchanged vs the QWERTY). I am not familiar with non-European layouts. I just found that some of the Asian keyboards have interesting design approaches on how to deal with more letters with other layouts, but also in terms of toolbars. Like an arrow on the right that extends the "toolbar" size downwards.
Also, it seems like there is a toolbar about to come in the next weeks.

No it doesn't have to have either but since users are so used to system keyboard, it would be a show stopper not to implement both.

Hi reading this news I have tried to install this IOs keyword in my ipad but before I noticing about this security concerning message. I believe it is better to avoid to install this kind of keyword. 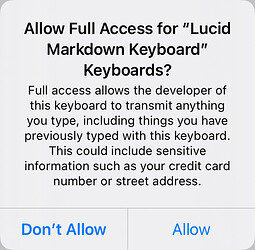 This is the standard message from iOS. Full access allows extra functions like haptic feedback when you use space drag. You can elect not allow if you are not comfortable. The keyboard would still be mostly functional. The app does not record any thing you type.

Right, thanks to your propt answer, I verified it if I reject it the Lucid keyword will be still work at least with most important feature, assuming nothing record. Thanks again.

Is there any way to turn off autocorrection? The keyboard seems very aggressive about “correcting” “mistakes.” I was trying to type “hashable,” and it is relentless about changing it to ”washable.“ Even in writing this post, it’s still trying to “fix” my “mistakes.”

Yes, you can turn autocorrection off in the option menu.