If you want to sync Joplin via Google Drive . .

Since Google does not support WebDAV some may be struggling to find a way to make sync work using it.

I set it up on my computers to work through Google Drive and thought I’d pass along the method in case someone else was trying.

From PC to PC it’s easy. Setup the Joplin sync method to FILE SYSTEM and put the folder you are using to do the sync inside the local PCs Google Drive sync folder. Point all your Joplin instances to read the sync folder inside the Google Drive folder and it should work fine. I have it setup on 3 PCs this way. Google drive first has to sync the files to your PCs, then Joplin has to sync to the file system folder. It can take a while.

Syncing to an Android phone is a little more difficult. The Google Drive app for Android does not actually sync the files TO the phone, it simply makes it possible to get to the files on the Google drive over a network. This will not work for a file system sync on an Android device. There are a few nifty apps that can actually do a real file sync on an Android device. I use DriveSync. It can sync the entire drives contents or just certain folders. So if your GDrive’s contents exceed your devices storage you can just do the Joplin directory - but of course it’s sync folder has to actually FIT the Android devices drive space as well.

After setting up the utility to sync the GDrive and waiting for it to sync you setup your Android’s Joplin to do the File Syetem sync to the files the APP just synced to the phone. it can be a pain to get the right file path INTO the Joplin’s file sync dialog, I used a file manager that allowed me to cut and paste the path from viewing the folders properties.

OH, and at least for one of my phones - it would NOT work when syncing to GDrive to my SD card. Even when I gave Joplin the permission to use the SD card it would not cooperate and complained it could not read or write the sync files. I suspect the problem is with the OS. Internal storage worked fine in both my Android phones.

It works fine for me. I have 3 PCs and 2 Androids syncing that way and within minutes all running versions are synced.

I don’t know if IOS / iPhone has such an app to do a real file sync to GDrive or not. Maybe someone can chime in.

I suppose there would be a problem then with Linux desktops -- considering Google never got around to developing a sync client for Linux?

GDrive directories can be sort of mounted via Gnome Online Accounts and other methods, but does not actually sync to your machine.

Hmm, I guess there are some 3rd party, full GDrive sync clients for Linux. Perhaps one of those would work.

Yep, any client without access to a particular Cloud drives API would have to use some other method. It should be the same as the GDrive method, just substitute that drive's sync folder for your chosen cloud drive client. Provided ALL your computers / devices can access the drive it should work.

Since I wrote this I've had a few disastrously failures using File Sync over a cloud drive. I got fouled up syncs a few times. So, I begrudgingly switched to using OneDrive for direct sync and have not had an issue with it since. It chaps my XXX to use OneDrive, I am loathe to use OneDrive but it works. I have few enough notes that it does not even come close to touching the limit of the free account. I am waiting for MS to screw this up or drop the free accounts. After that I think I will switch to manually syncing. This too is not available to Linux as AFAIK, MS never opened OneDrive up toe Linux clients.

To get my stuff on and to gdrive I use rclone. But I do it manually.

I do have script that sends my kdbx file up there whenever I open new terminal, so that I have recent enough version up there.

Maybe some cron job could work?
Or if joplin could trigger such command from itself?

Rclone supports a bunch of providers, I'm using only dropbox and gdrive though, but it works for me since I don't have the need of real time sync.

An FYI for folks: It seems that the name "DriveSync" is now attached to a driving app.

However, as all the embeds in this old article about the filesystem tool now show a Google Drive folder syncing app called "AutoSync" (ironically another name applicable to both filesystems and cars) it seems safe to assume that it's the current version of the app referred to in the OP comment by @Rootman.

They, MetaCtrl, have got a paid universal version as well (it syncs to multiple cloud hosts).

Thanks for the original tip Rootman, hope these details are useful to folks.

Yes for GDrive sync rclone does the job on linux distros like MX Linux, Debian, Lubuntu, Ubuntu etc, me too using in conjunction with rclone browser. Haven't tried rclone in windows.

If you haven't seen this. It works. I just set it up as I've given up on another popular notes app and started using Jopilin. 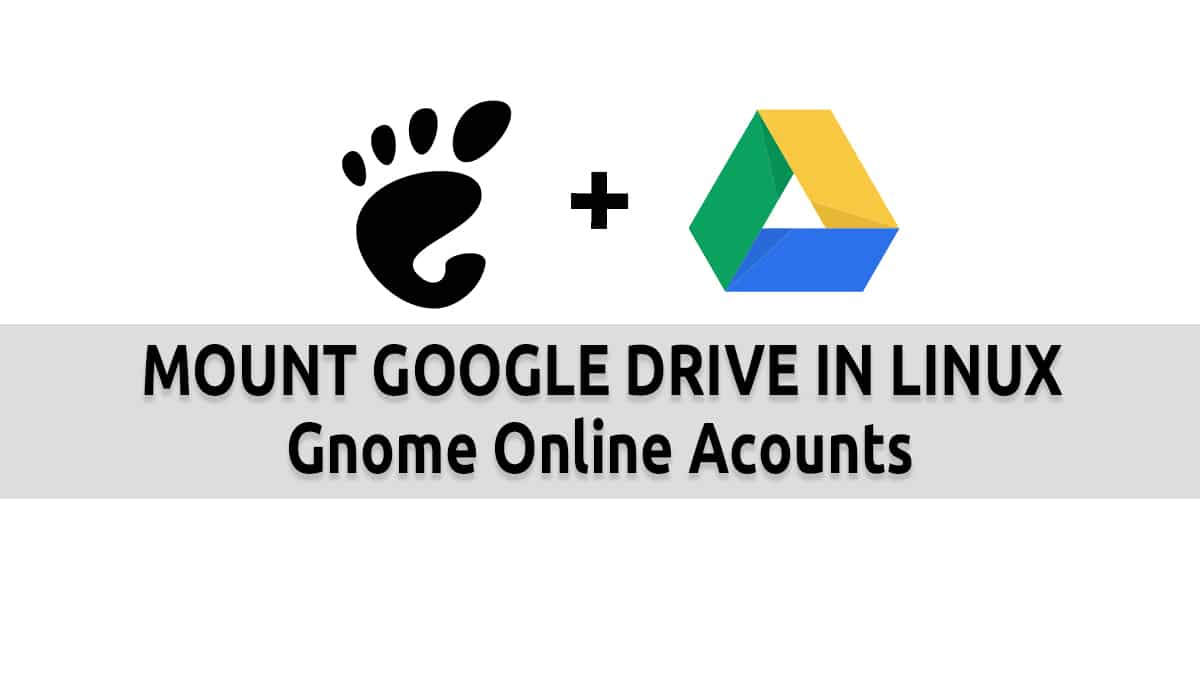 How to Mount Google Drive in Linux - Putorius

How to mount your Google Drive on Linux and access it via the Files GUI or the command line. We also discuss showing the correct name instead of file ID.

It's fairly easy to setup and it works.