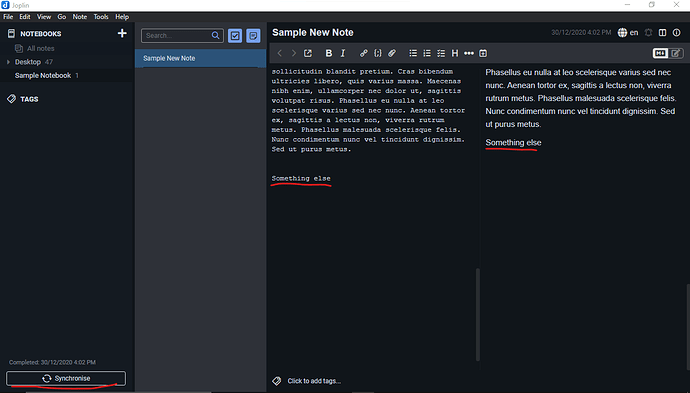 Edit - I'm assuming you actually have a sync target here... Otherwise if you are just using it locally then it just saves, ctrl + s just performs a manual sync, not a save. 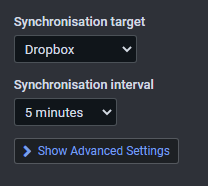 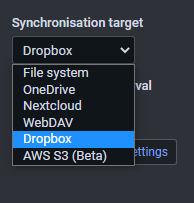 What I'm getting at is the sync interval you see there is only for 'pulling' i.e. syncing your client with stuff changed on the sync target where the client you are editing in should be syncing almost instantly after any changes - i.e. 'pushing' the changes to the sync target

Implement Google Drive as storage provider like One Drive e.g. ### Operating …system - Windows - macOS - Linux - Android - iOS ### Application - Desktop - Mobile - Terminal <!-- Please read the guide first! https://github.com/laurent22/joplin/blob/master/CONTRIBUTING.md Due to the number of issues and limited resources, those that have been created without searching first might be closed without an explanation. If you are reporting a bug, did you try enabling debug mode? https://joplin.cozic.net/debugging/ If so, please post any error or warning. -->

@calvin welcome to the forum. From Mega’s own support pages. Can I upload data using FTP, SFTP, webDAV or similar? We cannot provide Drive Mapping, SFTP, FTP, AFP, SMB or webDAV service capability. None of these protocols can be supported due to MEGA’s client-side encryption. Others on this forum have tried workarounds. Try searching this forum for Mega.

You really need to use the search button before blindly requesting features, these were amongst the top results when searching for "google drive" and "mega" respectively 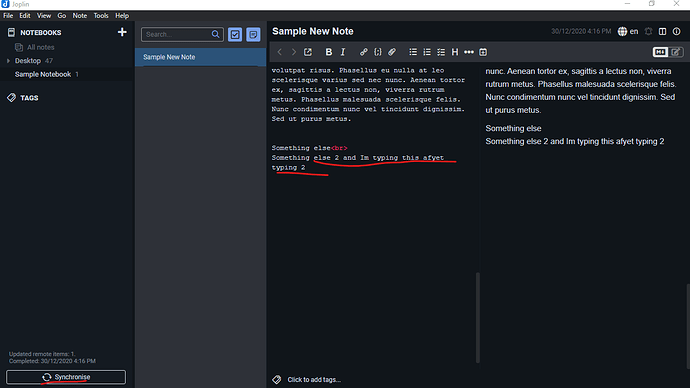 Press ctrl+s to do a manual sync.
Type something into a note and just wait for 30s
The little log in the bottom left should hopefully indicate it synced - i.e. "Updated remoted items:1", well before the 5m "full" sync.
Does yours not do that?

Yes, it is showing that now.

Does that solve the issue for you then? It won't sync "every second" (although it will save locally instantly) but it certainly syncs far more often than every 5 mins. If you are in some kind of extreme hurry you can always hit ctrl+s to do a manual sync but I don't think I've come across an example where the default sync time wasn't fast enough, it is rare that I would 1) close Joplin fully (if at all) which would possibly prevent a sync or 2) require a note to be synced faster than 30s because I want to access it on another client instantly after typing it

@ShobanChiddarth I suggest you plan saving your notes ahead. For instance, if you have to move somewhere, save before you move.

Saving consciously after some work is "finished" helps using your computer and your sync target efficiently and saves energy, too. Saving - and syncing - every second would have very bad side effects listed above and is to be avoided by all means.

Exactly as @leobard wrote... unfortunately, Joplin do not have native cloud sync - it means, it have to utilise API fo service and it takes some time as well as limitation from target service (they definitely wouldn't be happy with blast of requests) and local resource usage.

I'm afraid, that for your usage you should probably use some cloud base app, like Stadard Notes what is actually designed as cloud app since beginning.

Joplin is more like "offline" app with sync of background data feature to some service.

Ok so now how do I turn off version history? Because I don't need it and I will never use it.

Its in the readme (which you should really read and look through, it has a lot of detailed information in there). https://github.com/laurent22/joplin#note-history

And now I have turned off version history(by setting it to 0 days).
Now how do I sync every second?

That isn't a thing... @leobard gave you reasons as to why Joplin cannot and should not have the ability to sync every second.

every change/character you type will generate a new "version" in the history, taking space

I tuned it off

I turned it off

Synching with the target will use your network/wifi/internet

All above will eat up network bandwith and limits

All above will eat up the battery of your device, should you work on a laptop/tablet/smartphone without power connected

All above will eat up the CPU cycles on the device where you type, so if Joplin would save every second, the GUI would get slow to respond and inconvenient to use.

Now I'm not asking for Joplin to bring sync every second by default. I just need the option to turn it on because I need it.

There is no option for ever second sync!
And I think also this option will not be implemented.