Who can help make an Evernote style CSS file?

verison 2.4.9 windows 10 x64
I know that the display style of notes can be changed by modifying userstyle.css.
But I'm not a developer.
Who can help make an Evernote style CSS file? Including fonts, line spacing, paragraph spacing, lists, checkboxes, tables, and so on.
After using Evernote for more than 10 years, I always feel that Joplin's note taking interface is not as comfortable as Evernote.

I'm not a developer either but you really don't need to be - at least not to make some very basic changes.
There are good resources on the forums about the userstyle and userchrome CSS that is worth having a look through. You can even have a look at themes that others have made and see how they did it.

If you have any particular questions people are usually willing to help out.

I never knew there's actually a CSS Wiki for this. I think we should add a link to it somewhere.

Could you share some high res screen shots? It's funny that no one has ever done this before.

I never used Evernote so I have no idea what it looks like. But it sounds like a fun project.

I think we should add a link to it somewhere.

Worth noting that Evernote went through a very contentious redesign from the older app with more features to a far more limited electron based app which drove a lot of people away. I've taken a shot from the new electron app with the basic formatting features. The older app looks much more like Joplin currently does.
I don't think the editor part of it is anything special, there are elements of the UI I do like though. 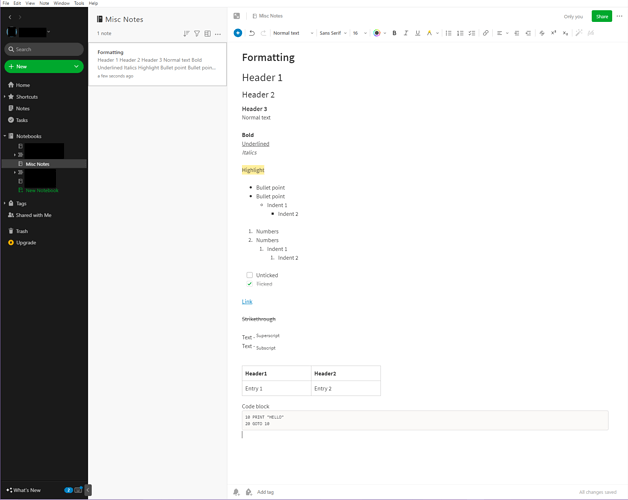 Honestly, it looks really close to joplin to me.

I am creating my own version of Joplin with the Evernote concept, I would like to know what the community thinks about this initial idea. I liked this topic and would like to help with the visual elaboration of Joplin (theme) similar to Evernote, I think it would make Joplin adoption much easier.

Initial ideas I had to create the layout 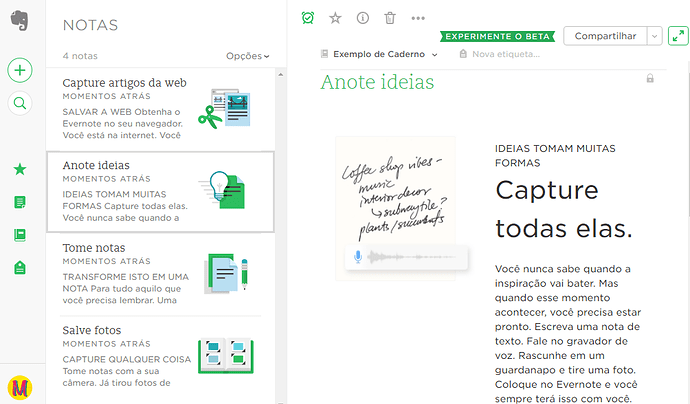 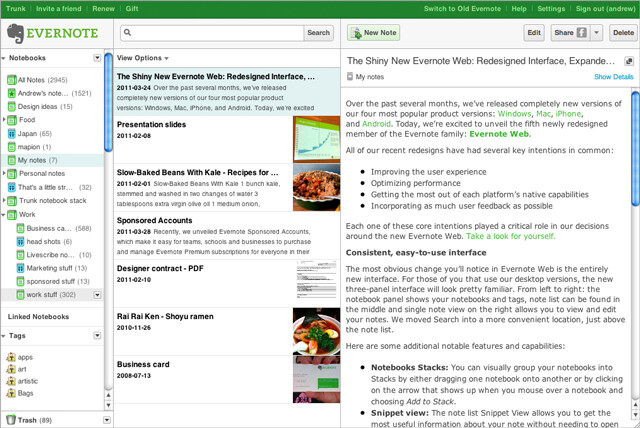 I am creating my own version of Joplin with the Evernote concept,

Do you mean as a Joplin competitor or something like an alternate client? Or just a "dev" version with a view to merge with the official release?
For example the request to have a "summary" of each note in the notes panel has been requested more than a handful of times and I think that is probably the main thing that people miss (in terms of UI/UX) migrating from Evernote to Joplin.

Otherwise as a standalone "theme" I really like it, ideally with some of the new changes it might be possible to release this (sans anything not supported by the API/CSS etc.) as a plugin theme like the macOS theme - Plugin: 🎨 macOS theme for Joplin

Do you mean a Joplin competitor or something like an alternative customer?

R- No. I'm worried about some user experience and graphical interface details in Joplin, my intention is not to make another note app competing with Joplin or Evernote. My concern is to help Joplin with some ideas:

Or just a "dev" version to merge with the official release?

R- These ideas don't change Joplin in any way, they just add two features: a better table in terms of user experience and graphical interface. And the second idea, internationalization on Joplin's official website.

Otherwise as a standalone "theme" I really like it, ideally with some of the new changes it might be possible to release this (sans anything not supported by the API/CSS etc.) as a plugin theme like the macOS theme.

R- About the Joplin theme, I believe it could be a standalone theme. Yeah, like a theme. Yeah, ideally with some of the new changes it might be possible to release this (sans anything not supported by the API/CSS etc.) as a plugin theme like the macOS theme.
You're right ;D

Worth noting that I'm not commenting on the internationalisation and table proposals, they have their own topics, purely the layout/theme proposals in line with the title of this topic i.e. make Joplin have more of an Evernote-ish look and feel which to me boils down to:

The reason I was asking if this was a fork or a potential contribution to the main code base is that I'm not 100% sure that all of this is currently achievable using the current API and or theming options, although I'm more than happy to be proved wrong.
For example the "shortcuts" menu can be mostly replicated via the "favourites" plugin - GitHub - benji300/joplin-favorites: Save any notebook, note, to-do, tag, or search as favorite in an extra panel view for quick access. - so it would either need to be incorporated into the main app, made a dependency or have its functionality duplicated.

Thanks for the feedback, what you said makes perfect sense. These features are good: