Please try again with 2.8.4. The version before that indeed didn't work.

The build was successful. The problem was macOS removed python2 and started to use python3 as default.
And Joplin uses electron-builder version 22.11.7 which relies on python2, I updated electron-builder to 23.0.3 and it worked as expected.

A new release is available: 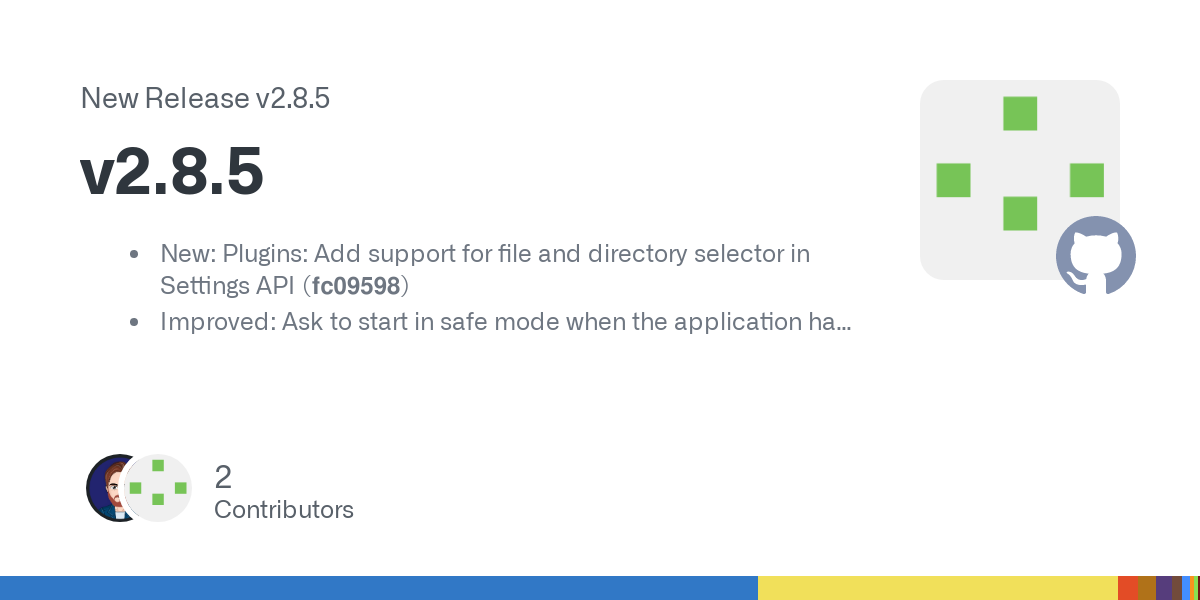 Hi
After updating to version 2.8.5, and after restarting Joplin, it shows the message with the alternative for starting in safe mode. Is this because something was crushed before the updating, and the new version shows the problem that I was not aware of it before? Or is it a release bug?. It seems Joplin is working well, but If it is not a bug, how can I deal with it to avoid this warning every time I open the app? I am running Joplin in a second laptop with the same result.

You are correct, something isn't right here. I tried it out in dev mode but I guess the feature doesn't kick in when running like that. I updated an install on an Ubuntu 22.04 VM and if you close the app via the close button on the toolbar it brings up the safemode prompt on next launch. Even does it on File > Quit and Ctrl + Q.

What distro are you using?

Right I have tested closing app in different way but with same result. Laptop one Ubuntu 20.04, laptop two Ubuntu 22.04.

Out of interest I wanted to see if it was an Ubuntu thing in particular or a particular desktop environment but it seems it isn't, also shows the same behaviour on Fedora (Gnome 41) and Manjaro (KDE).

Thank you for this update. I was finding myself using Joplin less and less just because it was becoming horribly slow and I dreaded every time I had to retrieve something from my Joplin Notes and was slowly switching to Logseq but with the new update it's blazing fast again.

Thank you this is a HUGE upgrade for me

Using Joplin Portable, you can reproduce the "safe mode" problem doing the following.

Edit: The same is true with the regular Joplin. If there's another instance already running, the "start in safe mode" window will appear.

For those who had an issue with plugins, is this version any better? I suspect the throttle mechanism is quite ineffective now, but I'd rather start from this and slowly increase the restrictions based on feedback.

Here it has made the Outline plugin useable, and work as normal, again.

Hi, if it is not possible to fix in a short term, Would it be possible to add an option to make the new feature of version 2.8. disable. I am talking about the alternative to run a safe mode after opening Joplin when something was crashed in the app? Although I select cancel option every time opening Joplin,
this kind of this false warning, for me, is annoying, confusing and does not serve for the purpose that which it was added.I know that there is another alternative going back to last 2.7.15 release, but I'm asking just in case were complicated to find the source of problem for only small users Joplin group.

This is obviously a bug, which will be fixed, so no options

Hmm, that's true I think it's going to conflict with the single instance check, and we definitely don't want that. Looks like the whole thing is more complex than I was expecting so I'm going to drop the feature for now. 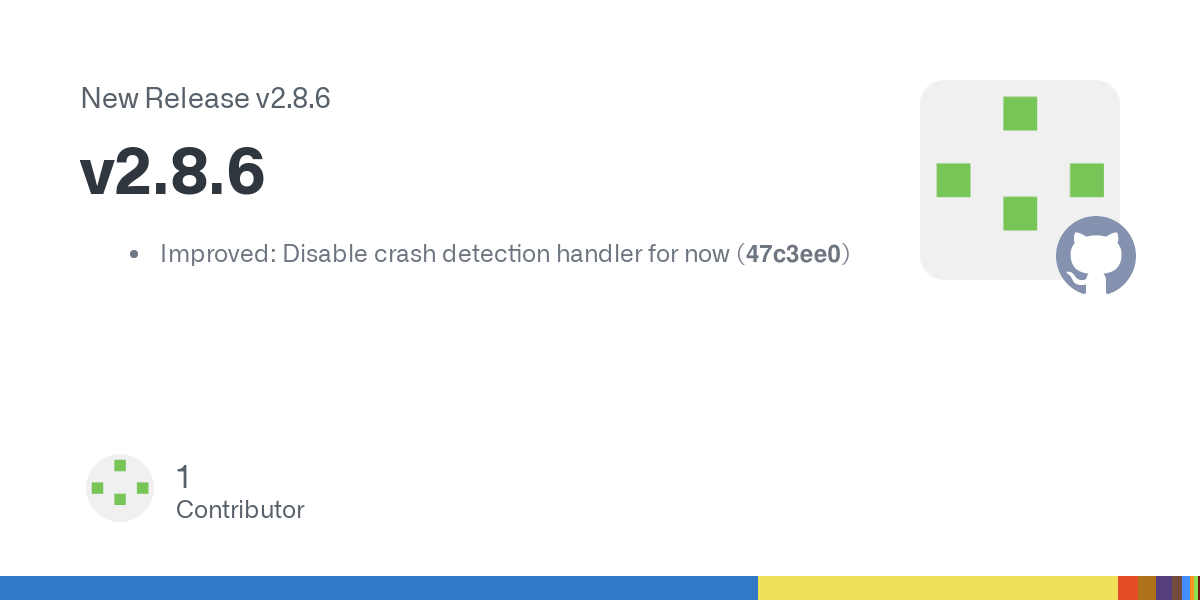 Another release mostly to fix a config issue with the multi profile feature. If this one's ok otherwise it will become the final 2.8 release: 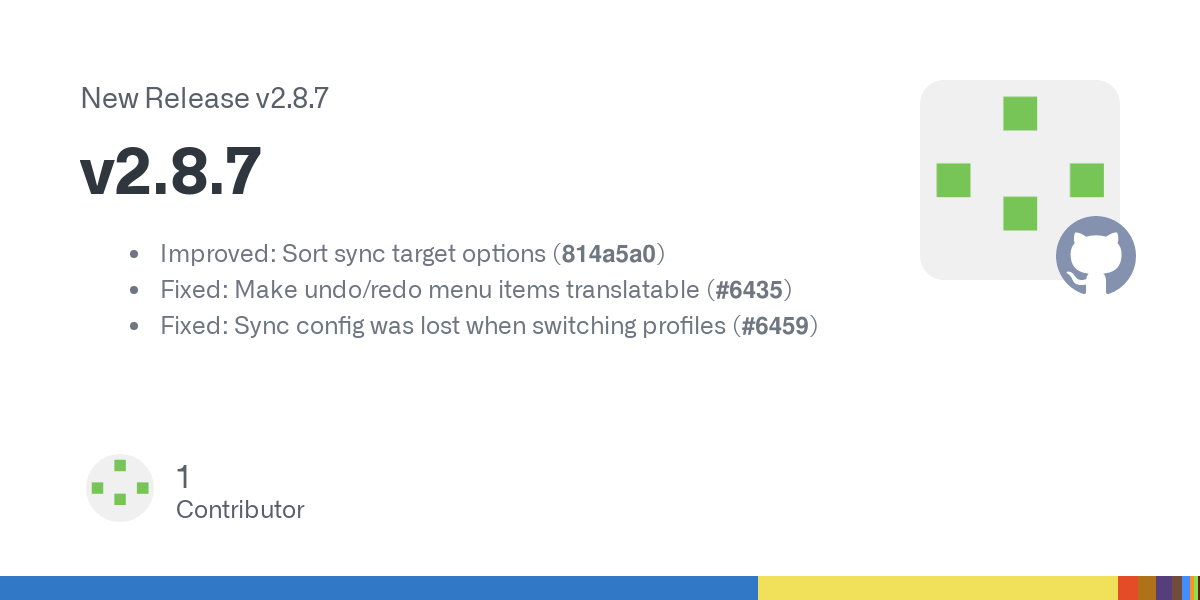 BackOffHandler: Plugin com.github.joplin.kanban: Applying a backoff of 200 milliseconds due to frequent plugin API calls. Consider reducing the number of calls, caching the data, or requesting more data per call. API call was: joplin.data.get

That plugin is also now very slow when you are dragging a note between columns. From what you've said in this thread, it almost seems like this plugin would need to be rearchitected to work with the backoff constraints reliably. Just wanted to mention it in case there is another solution.

No I probably need to adjust the backoff parameters. Ideally no plugin should have to be rearchitectured at this point