Note taking software exactly like Joplin but with different UI?

I'm trying to find a app for Ubuntu that has exactly same features as Joplin but different colors, and different UI. Because ik it's stupid to tell, but I'm getting negative vibes and it's not matching my energy when I use joplin but I love the joplin because it does everything that I want.
Important features for me are:

That's all I want, and I'm quite surprised it's so tough to find an app that does both in laptop.
I tried zim which is probably most close to these features, but it weirdly changes the position of tabs when you click on it, it's annoying.

I'm using trillium notes but increasing font size isn't very possible here. There's a "pseudo-fix" to it, but it's lame. There's not even a font size choice in trilium notes.

So, can you suggest me any apps in ubuntu laptop?

No need to go elsewhwere! As well as having a number of builtin themes (Tools > Options > Appearance), Joplin has fully customisable UI in terms of colours/sizes/text alignments/etc if you know a little CSS, there's a TONNE of posts on here about different colour schemes people use, anything you can do with CSS, you can also do to your UI!

EDIT: This post is a good place to start if you're doing your own customisations

I also think it's easy to miss this button:

which lets you move all the parts of the UI around to perfectly fit your display and your style.

Take a look at Trillium. Not sure why this Markdown editor hasn't received more attention yet, but it's quite powerful.

I'm using trillium notes but increasing font size isn't very possible here. There's a "pseudo-fix" to it, but it's lame. There's not even a font size choice in trilium notes.

I'm using it, you can read the post. It has a problem as indicated above.

I don't want huge coding bro. I'm a noob. Is there a modded joplin to download? Or any extensions that can do it themselves? I just need different UI as current UI gives me negative vibes.IDK why it's giving it. It sounds really stupid.

It's not dumb so much as it's incredibly vague... We can only help so much as we know what the problem is...

If you don't want to code that's fine, it was a scattershot answer since I wasn't sure what you wanted.

Try out the builtin themes I mentioned and the layout rearranging that @zblesk mentioned, see if those help?

There are a number of different themes you could try out by installing the plugin.

I uninstalled jopling because I could not create more than 1 notes in a notebook and write at them alternatively one by one. What's this? Fix?

For this, you can install the Plugin Note Tabs.

There was an app for Ubuntu that can add this behaviour. Just google for "ubuntu screen magnifier", it was Open Source, but that's all I can remember right now.

I'm trying to find a app for Ubuntu that has exactly same features as Joplin but different colors, and different UI.

You could try these Plugins, which provide a new theme:

Hope this helps you

Greatly helpful. You made my mind clear about how easy it was to install themes. I thought I require codes.

Sorry, I overlooked that part.

I guess you're after something more specific?

+1 to Joplin devs for implementing this feature! I thought it was a standard function for Electron apps, but it isn't, actually: 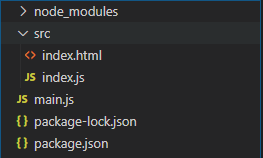 I've found no matter how many features how many customizations how many plugins an application has there is always something missing for someone. Even me.

that is probably the where the impetus to create something like Joplin comes from!