Joplin running on a Raspberry Pi 400

I recently got one of those nifty new Raspberry Pi 400 models, and Joplin was of course the first thing I wanted running on it 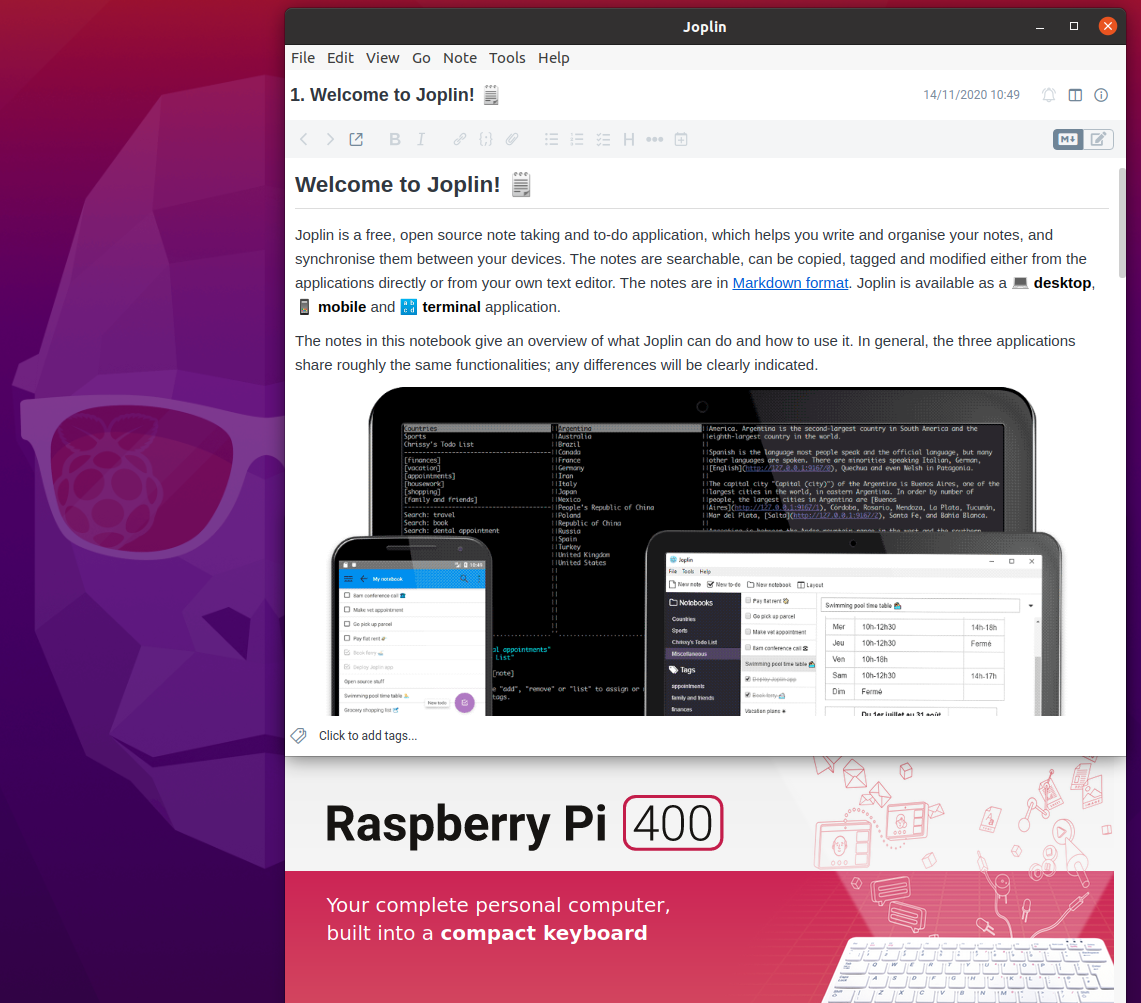 There is no official support for ARM64 architectures, but after some digging I managed to cobble together a little bash script to build Joplin from source. The only tweak required was to remove the use of the keytar module.

Other than that, it seems to work! I'm really thrilled to use this Pi as a note-taking device and I thought I'd share the script with anyone who might find this useful. 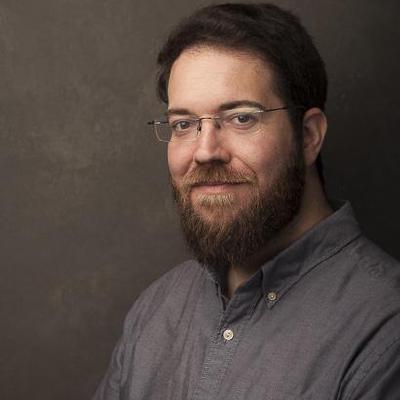 Contribute to joesfer/joplin-arm64 development by creating an account on GitHub.

Damn, very cool! Would love for that to be a supported compilation target

Yeah, also those RPIs are really neat. I'm not sure what to make of it, but I guess it seems quite interesting. Probably, people will still prefer to carry around laptops (with a display) — but maybe not? Something with a portable projector? Hmm

I think, realistically, a laptop is probably a better option. But the retro-charm of the Pi is just too strong!

I'm just toying with the idea of having this tiny computer around, and use it plugged to a TV. I've sometimes found myself wanting to take some notes as I was watching, say, a talk on YouTube while chilling on the couch, and away from my work setup. On-screen keyboards -phone, tablet- don't cut it for me in that scenario.

We'll see how practical this turns out to be!

I'm just toying with the idea of having this tiny computer around, and use it plugged to a TV

Yeah, I guess it's quite tempting as a media station thing for your TV. Could use a wireless adapter to make it easy to carry around? Wrt your note-taking concept, would be kinda cool if you had picture-in-picture, on the TV, with YouTube playing and a note-taking area on the bottom right. I mean, totally crazy concept, but I'd probably enjoy using it once in a while

Very cool! ARM support will probably need to be an officially supported thing sooner or later though. Considering Apple Silicon being entirely ARM, and knowing Apple their going to begin to push the rest of the industry to slowly switch as well. It's probably only a matter of time, for better or worse.

I just tried your script on my Pinebook Pro to see if it would work. I am running Armbian on it. The script failed with several errors the first time. Looks like I might not have the correct node dependencies. Do you know what node package or packages I should install? Thanks for the script! I hope to get it running soon.

@patersonwidth1t Yes, for me it was a matter of painstakingly executing npm install on each of the targets and going through the logs finding the various system libraries and packages that npm could not install automatically. Unfortunately I cannot give you a system-specific recipe, but it was just a case of dependency management. FWIW I used the PKGBUILD script mentioned on this reddit post as a reference. Hope this helps!

Script will not work for me, furthermore when I try manually downloading the tarball for the latest release Husky fails to build and (amidst the many many warnings) it eventually gives a non-descript error).

Can anybody offer tips or advice on what I may need to remove/adjust to get this to work? I really, really need the GUI version on my pi400

hi, this tutorial worked for me, however only for version v2.6.10