Lately, there has been a lot of feature requests from several users and developers. Although I appreciate the fact that you are testing the plugin and providing constructive feedback, I won't be able to complete all these features because I have only so much time left for me in GSoC. As a result, I will start implementing features in order from the most valuable to the least valuable. That's why I made this survey, to decide which features to implement first and which to leave for a later time (or maybe another developer can work on it).

Also, bear in mind that the following features were not included in the core feature set, so they don't have a detailed specification yet. Consequently, this will add to the workload because now I have to settle on a specification first and then start to implement the features. 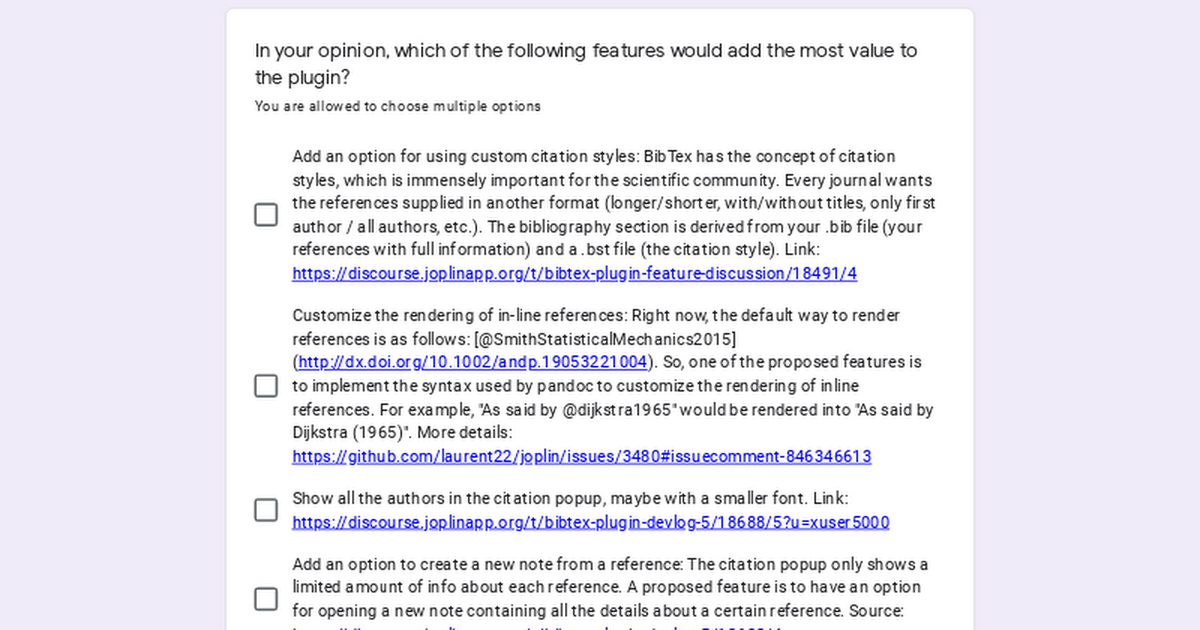 I encourage everyone to fill out this form as it will help me a lot.

I think this is enough responses, the results are as follows:

As shown, the two most valuable features are:

I think those features are equally important and there's no reason to prefer one over the other. However, I'll start working on "adding an option for using custom citation styles" first since it was requested earlier by multiple users. Then, I'll move to the other.

Also one of the features that will be nice to have right now is to add a keyboard shortcut that invokes the main command of the plugin. However, this will have low priority for now.

In conclusion, from today till I finish it, I'm working on adding an option for custom citation styles. A specification must be written first before the actual implementation. After that, the coding begins

Makes sense, thanks for the update!