Recently Joplin has been featured in a basic review of linux note takers by Linux Experiment on youtube. 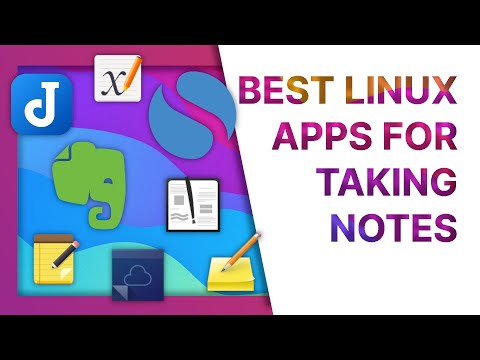 The review focused on the functionality out of the box, which unfortunately not included our nice collection of plugins which greatly improves many aspects of the app.

In my opinion the reviewer confused/missed a couple of points:

In summary the review has shown how new Joplin user sees the app in comparison to other note taking apps on linux. It can be used to accent the most prominent features in the future.

Opinion piece: Personally I would like to put Rich Text editor as a default one to attract new users with familiarity of the editors they have used before. Thankfully, the editor is pretty stable and can do everything what's expected from a note taker.

I saw that one earlier and responded to a comment after he doubled down on saying that the only options were Joplin cloud, dropbox and onedrive saying all the other options that are available (he seems to think the comments about nextcloud syncing seems to mean to sync the entire .config/joplin-desktop directory).

One thing I did take away from that is that I think the self hosting options for sync could be a little more visible on the sync wizard page - maybe some small icons to bring attention to it a little more.

I wasn't very keen on his views at all, they felt very rushed and ill-researched for pretty much all of the apps, not just joplin. I've done a lot of evaluations of various note taking apps and it really doesn't take long using them to understand many of the basic advertised features which he simply left out.

Although Joplin has been criticized for being an Electron app

This seems to be very common (of electron apps, not just jopin) and often undeserved. I think on slower hardware electron apps can feel sluggish and bloated and have the inherent issue of the size of the package (which honestly in todays storage I think is a non-issue).
Some of my favourite apps, open source or otherwise, are electron and yes it has its weaknesses but I think the positives far outweigh the negatives.